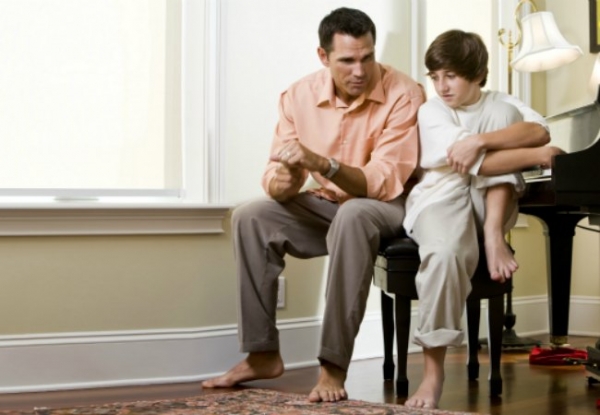 When parents first begin to catch their child lying, they often feel betrayed and alarmed. ‘How could my sweet innocent child look me straight in the eye and deceive me?’ might be a common reaction. But lying is quite normal from a developmental standpoint. It’s actually a sign that other cognitive skills are developing. When kids lie, it shows they understand other people have different desires, feelings and beliefs – a quality that enables empathy and cooperation. And kids seldom lie intentionally to betray or hurt people.

While you don’t want this developmental lying to turn into a life-long habit, it’s important not to treat your child as if they’re on their way to become social deviants on the first onset of lying. The impulse to nip this immoral behavior in the bud might make it tempting to dole out a harsh punishment or a good tongue-lashing. But when dealing with kids and lying, it’s important to first understand their motive, then follow through appropriate consequences that don’t inspire more lying.

Seek approval. Sometimes the motive for lying can be a cry for more attention or acceptance. It’s not uncommon for kids to lie because they don’t want to disappoint their parents. They would rather tell a fib than have a parent think less of them.

Get a reaction. One of the more surprising reasons why kids lie is because they love seeing a reaction from people. So if you catch your child telling an outlandish story, it might be because they’re trying to make an impression.

Testing boundaries. A lie can also simply be the result of testing new boundaries. They might just be curious about how far they can get away with a new type of behavior.

Speak before they think. Without much thought, a child might utter the first words that come to mind. Learning to think before speaking requires discipline and practice.

How to Encourage Truth-Telling

Understand the motive. The reasons why kids lie are wide and varied. Before you can voice your disappointment, it’s important to understand why your child lied to you in the first place. Keep the discussion short and refrain from making it a moral issue, which is too complex for young children. Asking too many why questions will likely lead to making a child feel bad about who he is, which might encourage more lying. Instead, treat the lecture the way a cop would when pulling you over for a speeding ticket. Ask your child if he knows what he did was wrong. Explain what the infraction was. Then write the ticket.

Avoid harsh punishments. Following up behavioral traits with consequences is the only way to reinforce or discourage them. But the effectiveness of a consequence will largely depend on how appropriate it is. Studies show that children from families who enforce strict rule-following and discourage open dialogue report lying more frequently. Reward truth-telling.  Telling the truth requires bravery and the discipline to think before speaking. So the next time your child tells the truth when it wasn’t convenient to do so, reward your child with encouraging words. Positive feedback loops are even more powerful and effective than negative ones.

Provide empathy. Don’t forget that you won’t be the only one disappointed with your child.  They will be disappointed in themselves too. Remind them that their mistakes don’t determine who they are. And explain that while everyone lies at some point in their life, not everyone continues to lie. One of the most powerful ways to provide empathy to your child is by sharing a personal story about how you lied when you were a child. I once did this with my child and I saw her countenance change in a sudden flash from one of self-loathing to an encouraged child ready to move on from her mistake.

All kids lie at some point. It’s a part of the developmental process. While no parent wants to see their child continue to lie, an over-the-top punishment might be counter-productive. The best way to encourage your child to tell the truth is by seeking to understand the motive for lying, creating an atmosphere where he can be honest with you, and following through with consequences that are appropriate.