Home / Articles / Costco is already selling 4-pound pumpkin pies, and you can buy one for just $6 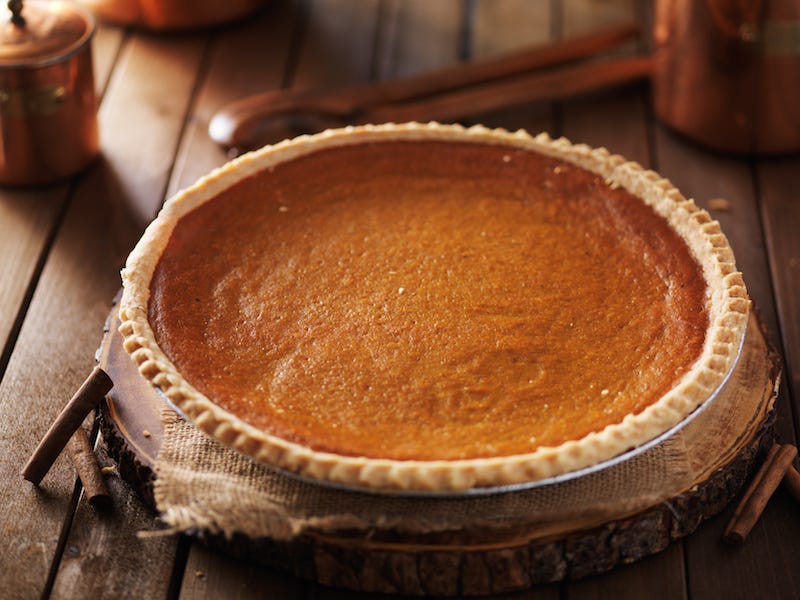 Costco shoppers can't get enough of the store's pumpkin pie (not pictured.)

If your Thanksgiving tends to include a lot of family members, Costco is the place to be. The warehouse store is known for selling food and home goods in bulk, but you don't want to pass over the store's fresh-baked items either. The 4-pound Costco pumpkin pie is back early this year and will keep all your family and friends happy at the Thanksgiving table. (OK, technically it weighs 3.63 pounds, but we're rounding up here.)

The pumpkin pie probably isn't new to frequent Costco shoppers — the warehouse club has been offering the tasty fall treat for years now. Still, if you're the one responsible for supplying the dessert at this year's gathering and you don't feel like baking your own pie, this is an easy (and totally affordable) option. Plus, for all that family, you're gonna need a big pie.

How much does each Costco pumpkin pie cost?

These Costco pumpkin pies were first discovered to be officially back in season by Instagram user @CostcoBuys. The pie will only cost you around $5.99 at most locations, though some appear to be charging $7.99 for the pies. Still, that seems like a small price to pay for something that could quite literally feed an army.

Get a slice right now!

It looks like the treats are already for sale across the country (even though we only just kicked off PSL season). If you want to snag one for Thanksgiving—or even earlier—don't wait until the last minute. When I worked the front-end at Costco a few years ago, the bakery was completely sold out before the store closed on the day before Thanksgiving. (That includes the pumpkin pies as well as the other treats, like cookies.) So plan ahead if you're set on getting that pie.

Simply wrap the pie in foil and plastic wrap, then pop it in the freezer until two days before Thanksgiving. Then move it to your fridge to thaw.